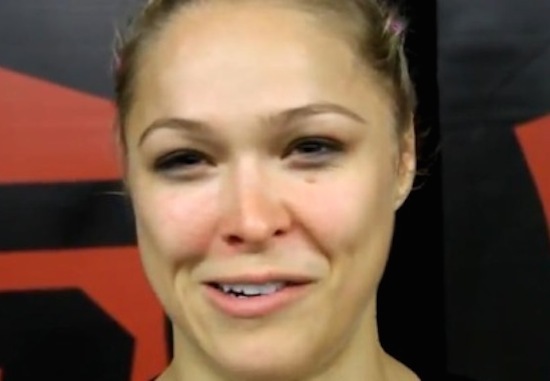 In new reports coming out of Los Angeles, UFC bantamweight champion Ronda Rousey was apparently out in Los Angeles last night, viewing a professional wrestling event, when she got involved.

TMZ Sports has the scoop:

Ronda Rousey hit up a local wrestling show Friday night in Reseda … but it’s what she did during one of the matches that has people talking.

The UFC women’s bantamweight champ attended a Pro Wrestling Guerilla event … and during one of the matches she was prompted by a wrestler named Tommaso Ciampa to chop his opponent’s chest.

After some audience urging, Ronda reeled back and lit up the guy’s chest — the place went nuts.