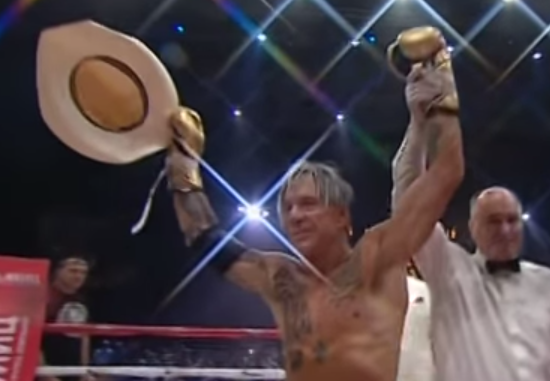 There has been much speculation as to the legitimacy of Mickey Rourke’s win over Elliot Seymour this past weekend in Russia. After a body shot that appeared to graze Seymour, he crumpled to the ground, and Rourke was declared the winner (See the highlights HERE).

Now, according to a report from Daily Mail, Seymour had been homeless for 18 months, and even trained at the same gym as Rourke leading up to the fight, and was paid off to throw the bout.

According to the site, a source revealed the entire fight was fixed, and the original plans were for Seymour to go down in the 4th round, although he ultimately ended up going down in the second.

Following the bout Rourke stated that he plans to continue fighting, but only in Russia, and even wants a match against Boxing legend Bernard Hopkins (See that HERE).