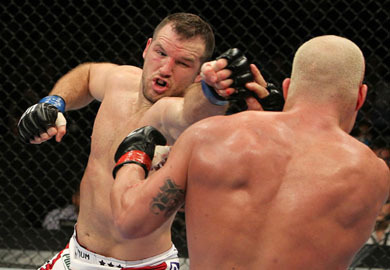 Matt ‘The Hammer’ Hamill is apparently wasting no time diving back into the deep waters at 205 pounds.

After a short-lived retirement that saw him return to action late last year,’The Hammer’, is now rumored for a showdown with top contender, Thiago Silva.

If rumors hold true the two will face off on October 9th in Brazil for a UFC Fight Night event.