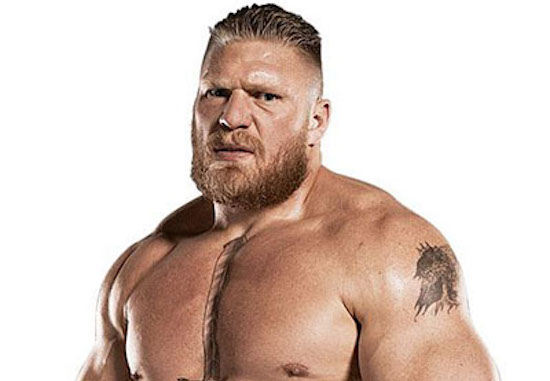 With the WWE’s money stream dwindling, many are pointing to a Brock Lesnar return to the cage.

As in, the WWE may not be able to afford the hefty salary of their champion, and the UFC, most certainly can.

Lesnar, though he may not look it, is a savvy businessman with great representation. He’s already leveraging WWE against a possible return to the UFC for another run in its heavyweight division.

Lesnar’s last run in the UFC ended with two consecutive first round knockout losses to Cain Velasquez — who still holds the heavyweight championship — and Alistair Overeem, respectively. Typically, losing in such convincing fashion would kill any fighter’s drawing power, but both Lesnar and UFC President Dana White have been working the angle that Lesnar never fully recovered from his various bouts with diverticulitis.

Dave Meltzer (via MMAFighting.com) also threw in his two-cents:

The WWE in 2015 is in a very different place than it was in during 2011, when Lesnar was offered a reported $5 million per year to return on a limited schedule. That company turned a $24 million profit in 2011. Today’s company, almost entirely due to the gamble of starting its own network, which has nearly killed its pay-per-view business, as well as cut down on its own web site income significantly, is, based on current projections, looking at $40 million in losses this year.
…
Worse, the creation of the network has killed any affect he’d have on pay-per-view numbers. In July, the last show WWE did without him, they did 31,000 U.S. buys on pay-per-view. While they did 63,000 in August with him, that was SummerSlam, a show that would be expected to be way up, the September show he headlined was only 30,000.
…
From a business standpoint, Lesnar was a huge draw for UFC. UFC is struggling on pay-per-view this year due to a ridiculous amount of injuries and loss of people like Georges St-Pierre, Wanderlei Silva and Chael Sonnen for a variety of reasons. The Lesnar who showed up on their doorstep in 2007 asking for a chance, and became the company’s biggest drawing card for the next three years, would be a godsend.