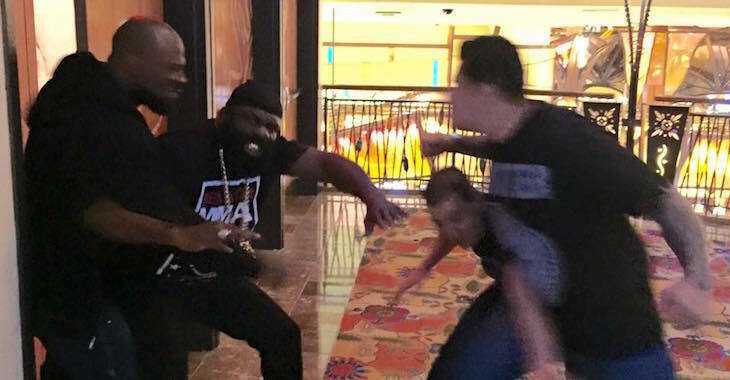 Triumph United Executive, Mike Mcleish has confirmed with BJPENN.COM that there was an altercation between Bellator fighter King Mo, and Triumph United Founder and President, Hans Molenkamp.

According to Mcleish, a brawl ensued after King Mo called the apparel company’s president, ‘Rampage’s Bitch.’ A comment that apparently sparked some emotion.

BJPENN.COM has reached out to King Mo for his version of the tale, but has yet to receive a response.

We will update with any news, as it becomes available.

Mike Mcleish sent out the image above, he claims to be an authentic image of the fight.

Just thought I’d share some news. You can put me as leaking it.
Popular gear and apparel company Triumph United president and founder Hans Molenkamp gets in brawl with King Mo at hotel after Mo calls Hans “rampages bitch”

UPDATE: We have a statement from King Mo. Click HERE.