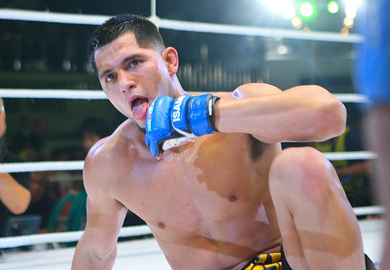 After having his title shot pulled from him twice against Gilbert Melendez, the top lightweight fighter was put into a scheduled bout against former title challenger Jorge Masvidal.

Now, in a report from MMAMania.com it appears as if Masvidal too may be forced to withdrawal from the fight.

MMAmania.com has learned via sources close to the situation that Healy’s upcoming 155-pound fight against former Strikeforce lightweight title challenger Jorge Masvidal is in jeopardy due to an undisclosed injury to “Gamebred.”

“Bam Bam” could be faced with finding a new opponent.