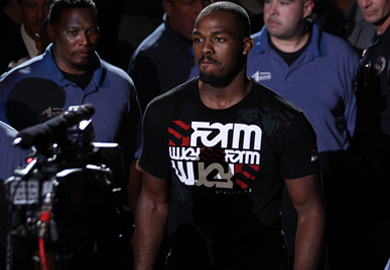 The Jon Jones vs. Chael Sonnen fight is reportedly being targeted to take place in New Jersey on April 27, 2013, according to the folks at MMA Weekly.

This would mark the fourth time “Bones” will have fought in the state (2nd time while part of the UFC), the last being his light heavyweight championship win over Mauricio “Shogun” Rua at UFC 128 in March of 2011.

This would be Sonnen’s third trip to the “Garden State”, his last being way back in July of 2007, where he defeated Amar Suloev via TKO while with the “Bodog Fights” promotion.