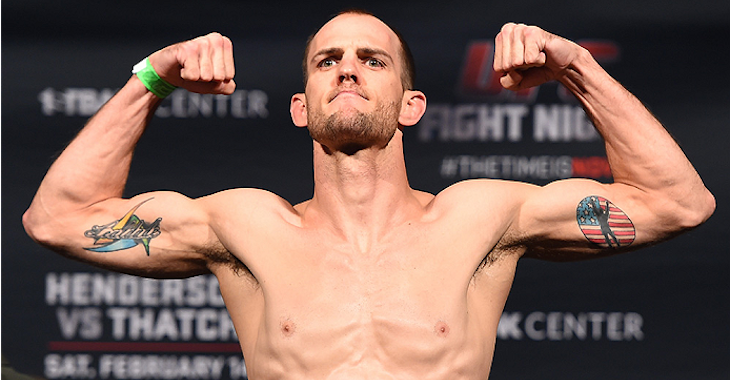 UFC on FOX 17 is shaping up to be an impressive card so far. Headlined by the much anticipated lightweight title fight between Rafael dos Anjos and Donald Cerrone, it appears another exciting scrap has been added.

According to a report from FOX Sports, a featherweight fight between Cole Miller and Jim Alers will also be taking place on the Dec. 19 event.

The event is set to take place in Orlando, FL, hometown of Alers. Miller’s also from Florida, training out of American Top Team.

UFC officials have yet to confirm the booking. Miller’s last fight was a loss to Max Holloway, but before that was on a two fight win streak. Alers debuted in the UFC in 2014. After winning his first fight, he got stopped by Chas Skelly in his second outing. That loss stopped a nine fight win streak.