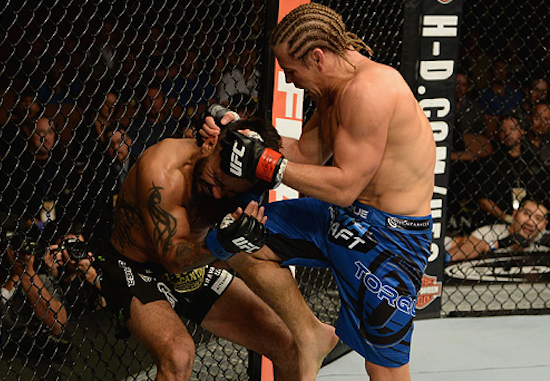 Team Alpha Male founder Urijah “The California Kid” Faber has made a career out of setting trends, and staying ahead of the pack. Which is it’s no surprise that his decision to fight for free on TV is paying off in the numbers.

Ratings guru, Dave Meltzer breaks it down: (via MMAFighting.com)

The UFC 181 prelims, which featured Urijah Faber, did slightly above the usual average, with 840,000 viewers.

The figure was up from the 624,000 viewers for the UFC 180 prelims, which was the Fabricio Werdum vs. Mark Hunt show. That prelims show had head-to-head competition from Bellator in the second hour. The prelims before UFC 179, which was the Jose Aldo vs. Chad Mendes pay-per-view, did 536,000 viewers.