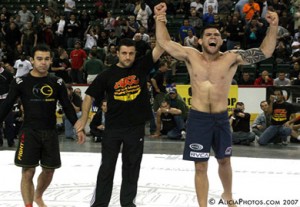 Undefeated MMA prospect and three-time world BJJ and ADCC submission grappling champion, Robert Drysdale, is reportedly out of his scheduled UFC debut against Ednaldo Oliveria due to a staph infection.

While the UFC has yet to make an official announcement, the Las Vegas Review Journal is reporting it as fact.

Drysdale and Oliveria were scheduled to throw down at UFC 163. It is unclear if the UFC will reschedule the bout for a later date or fill the void left by Drysdale with another fighter.