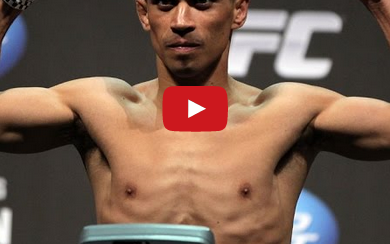 Earlier today the UFC 178 weigh-ins took place. In case you missed them, you can rewatch the event below.

UFC 178 takes place tomorrow night, and is headlined by Demetrious Johnson and Chris Cariaso, where Johnson will look to defend his flyweight championship and continue his reign as the only flyweight champion in UFC history.

In the co-main event Eddie Alvarez looks to successfully make his UFC debut against Donald Cerrone, who has a great deal of momentum leading into this fight.