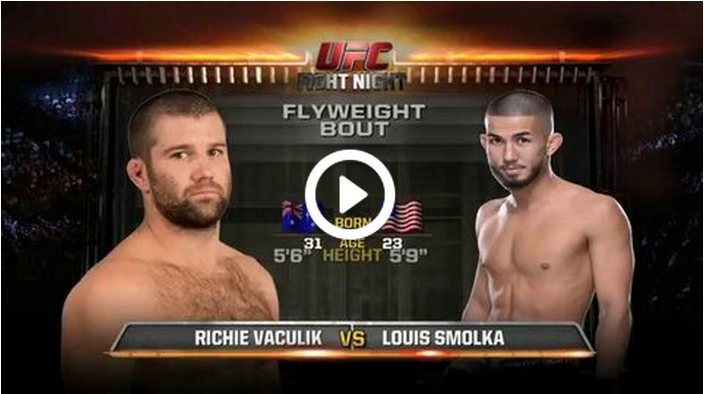 A set of exciting exchanges between Smolka and Vaculik #UFCSydney highlights brought to you by @Assassinscreed http://t.co/hSzdoyFtCX

Last night in Australia , Louis Smolka earned a much-needed stoppage in the third round of his fight against Rochie Vaculik.

If you missed the bout, highlights can be found above. If the player doesn’t load, just click HERE!