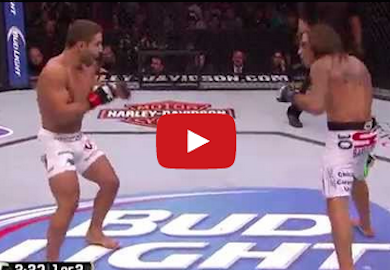 As two of the top featherweights in the game today, it was inevitable that Clay Guida and Chad Mendes would meet in the Octagon. At UFC 164, the high-energy attack of Guida collides with the knockout power of Mendes in a high-stakes match-up. Don’t miss Mendes’ upcoming Featherweight title fight again champion Aldo Mendes.