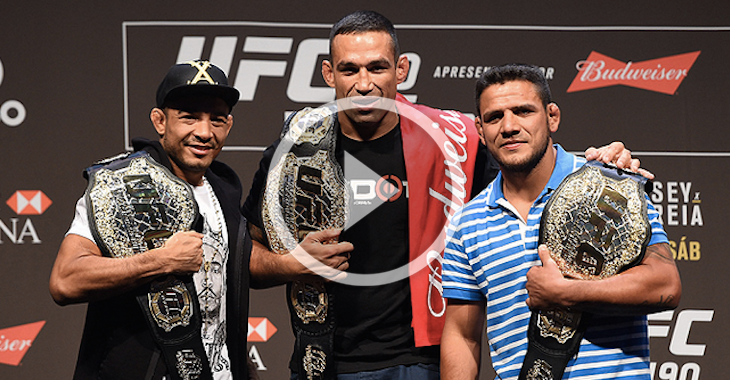 Three champions graced the stage in Brazil for a question and answer session with the fans. Hear what UFC Featherweight Champion Jose Aldo, UFC Lightweight Champion Rafael dos Anjos and UFC Heavyweight Champion Fabricio Werdum had to say to the fans in the replay above!