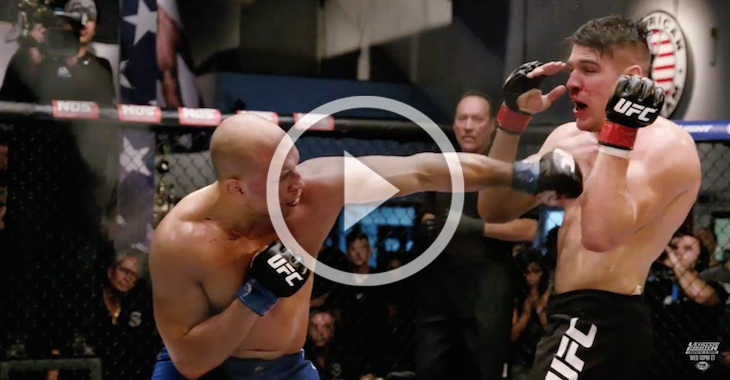 ‘In the final fight of the season, Hayder Hassan guts out a hard fought split decision victory over Vicente Luque to give American Top Team the win as they capture The Ultimate Fighter team title!’