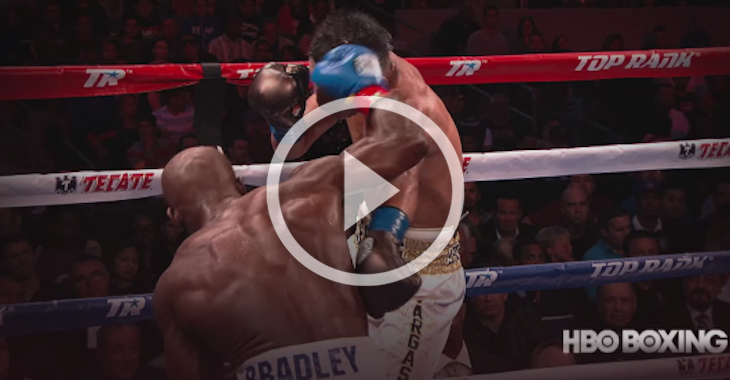 Tim Bradley and Jessie Vargas met in the ring at the StubHub Center in California to decide the fate of the WBO Welterweight Interim title. While the fight went the distance, the fans in attendance thought they saw Vargas win the bout by way of TKO when the referee waved the fight off. The referee had made a mistake, though, when he mistook the ten-second warning for the end of the round. Instead, Bradley won by way of unanimous decision. Catch the replay above!