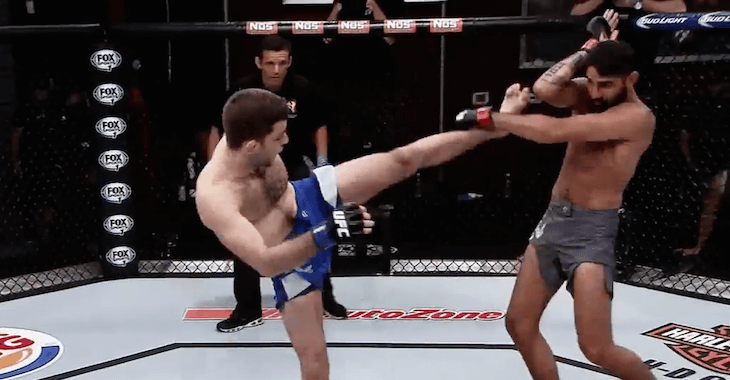 On Wednesday’s new episode of ‘The Ultimate Fighter: McGregor vs. Faber’ we got to see the first fight of the season between fighters who made it into the house.

This time around it was Team Europe’s Frantz Slioa vs. Team USA’s Ryan Hall.

So the story of this fight was that Ryan Hall is a master, or a ‘Wizard’ at heel hooks, and well, that’s basically the entire story.

Hall kept it standing for a while. Slioa looked to keep his distance and pick shots from the outside. On the feet it was Hall who seemed to land the bigger punches.

Then he decided to go right for his speciality. He dove down and rolled right into a leg lock. From there it was just a matter of time really.

Check out the highlights!