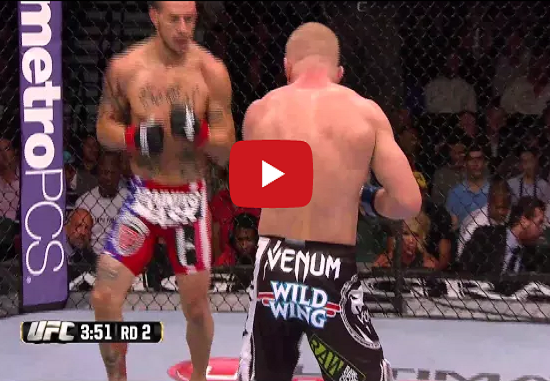 Leading up to this Saturday’s UFC Fight Night: Swanson vs. Edgar event, take a look at Swanson’s TKO win over Dennis Siver from UFC 162 in 2013.

Swanson takes on former champion Frankie Edgar this Saturday, and has been promised a title shot against Jose Aldo if he is able to defeat the former champ.

Do you think he can pull it off?