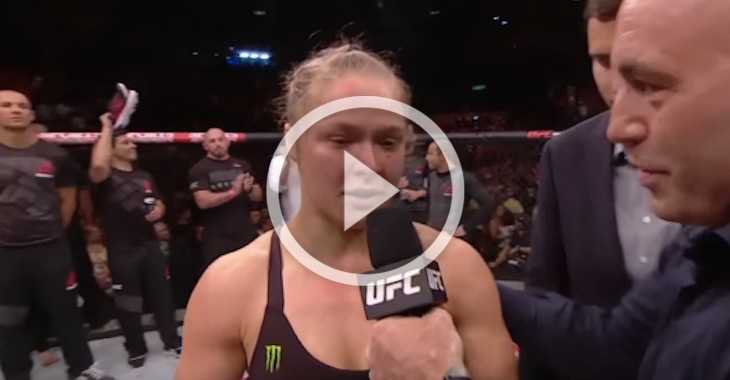 Ronda Rousey cleaned house last night in less than a minute when she clashed with Bethe Correia. Correia tried her hardest to dethrone the queen, but Rousey ended up walking out of the octagon just as she had entered: UFC Women’s Bantamweight Champion. Watch her FULL post fight interview above!