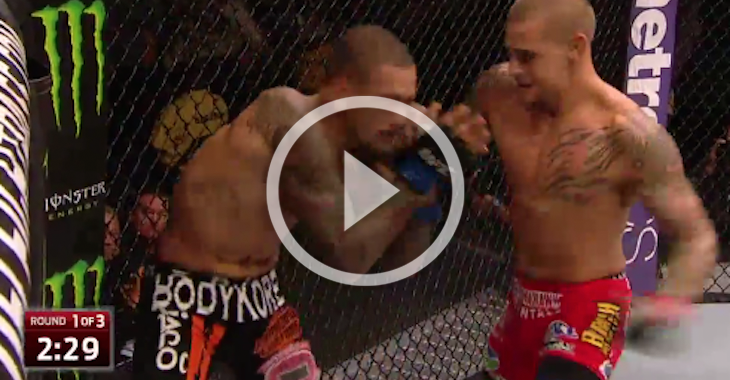 UFC Fight Night 68 saw ten amazing finishes this past Saturday night, one of which had Dustin Poirier dominating Yancy Medeiros in a first round stoppage. Poirier made Medeiros freeze up with a body strike which allowed him to follow up with devestating punches until the referee stepped in to wave the fight off. Check out the highlights above!