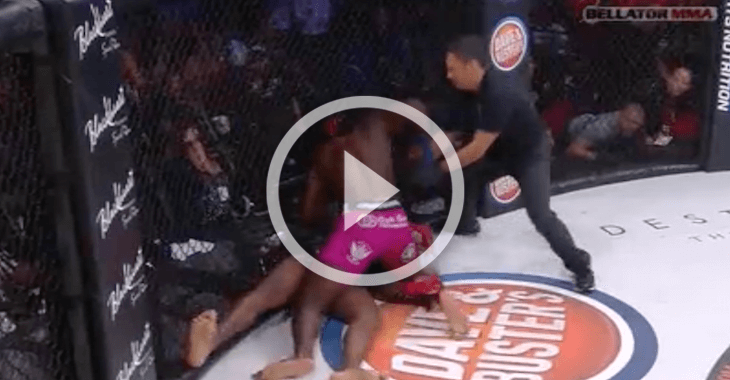 The final of the Bellator ‘Dynamite’ light heavyweight tournament wasn’t really what we were expecting, with ‘King Mo’ getting injured and unable to compete. However we still got an exciting match up between Phil Davis and alternate Francis Carmont.

The fight started and they each stayed patient and went through a feeling out process. Then out of nowhere Davis connected with a big punch that dropped Carmont.

Davis rushed in and looked to land some ground and pound to the hurt Carmont. He did and ended up putting Carmont’s lights out.

The referee stepped in and stopped the fight.

Check out the finish below!