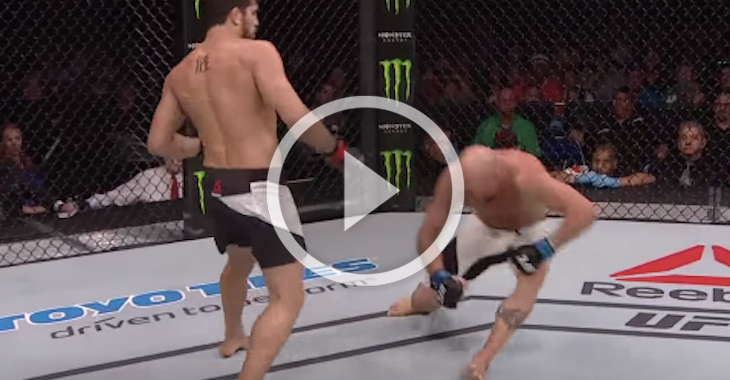 Patrick Cote and Josh Burkman brought the live crowd in attendance to their feet with their fight of the night performance at “UFC Fight Night 74”. The first two fights of the main card left fans hungry for some back-and-forth action and their prayers were answered in the form of Burkman and Cote. Cote landed a brutal shot in the opening round that would have finished a normal man, but Burkman’s chin was on point and aided him in making it to the second round where his star shined. Cote would ultimately have the last laugh, though, as he scored the TKO win in the final round. Check out the replay above!