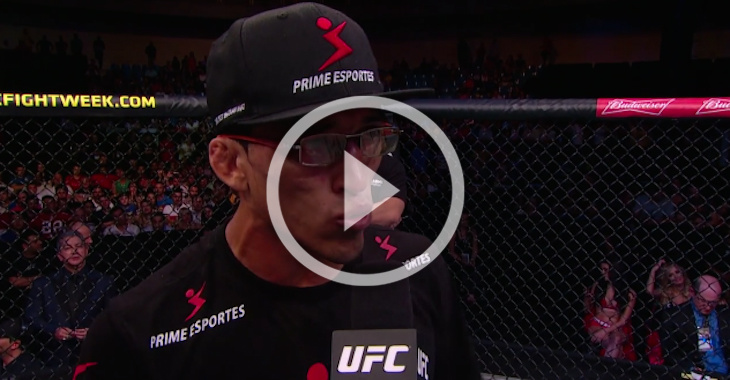 Coming off a stellar third round submission victory, Charles “Do Bronx” Oliveira talks with Jon Anik inside the Octagon about his win over Nik Lentz. His performance at UFC Fight Night 67 earned him an extra $100K in bonuses!