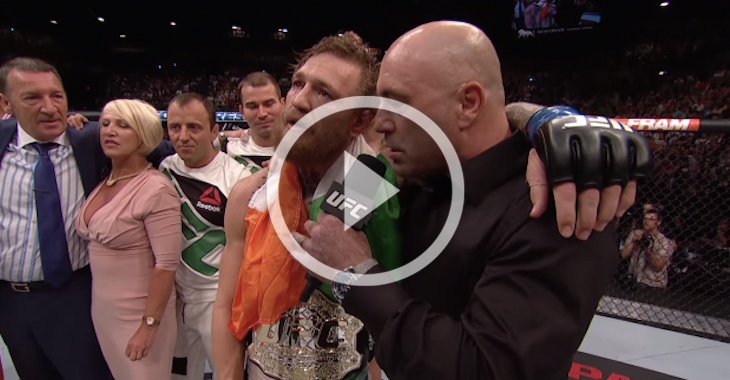 Conor McGregor talks to UFC commentator Joe Rogan about his second round TKO victory over Chad Mendes in UFC 189. Rogan also speaks to Chad Mendes who gives his thoughts on accepting the fight on such short notice.