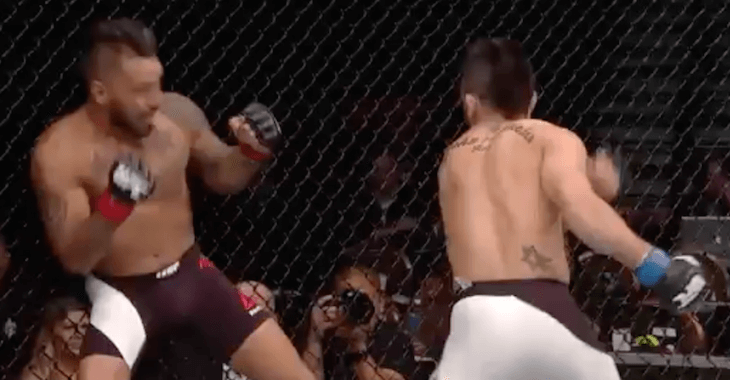 Perhaps the most exciting thing that happened last night at UFC 191 was the fight between bantamweights John Lineker and Francisco Rivera.

Right at the start of the fight they met in the center and started throwing bombs at each other. It was insane, with both men just swinging wildly, not even attempting to put up any kind of defense.

Needless to say, it was amazing.

Check out the video below, which basically shows you the whole fight, in all it’s barbaric glory.