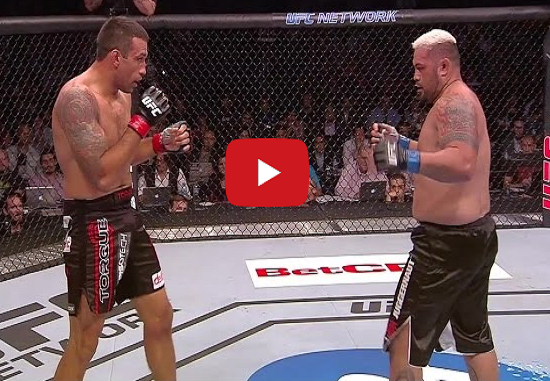 Last night in the main event of UFC 180, Fabricio Werdum shocked the world as he KO’d Mark Hunt with a perfectly placed knee.

While many fans expected Werdum to use his grappling to submit Hunt, Werdum proved his standup skills as he KO’d Hunt, who is an elite level kickboxer.

Kenny Florian broke down the fight in the following video: