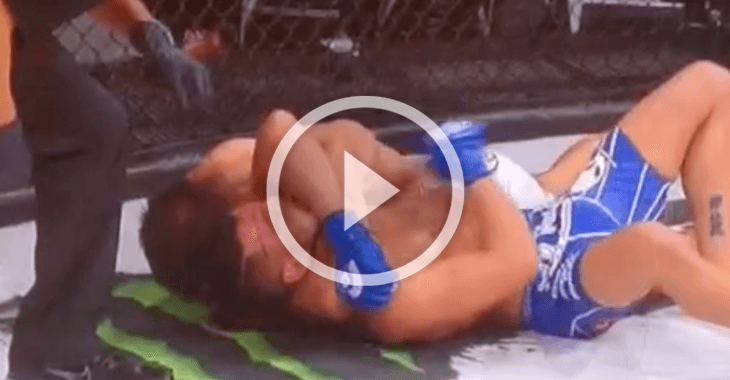 Former UFC lightweight Josh Thomson pulled off a big win in his Bellator debut. He fought Mike Bronzoulis in front of his home crowd and put on quite the performance.

Thomson was clearly the better grappler and was able to get the fight to the ground whenever he wanted to.

In the third round he wasted no time, took the fight to the ground and worked for an arm triangle. He got it quick and locked it in. Mike tired to hold on, but was forced to tap out.

It looked like he actually ended up going out right after the tap.

Watch the finish below!