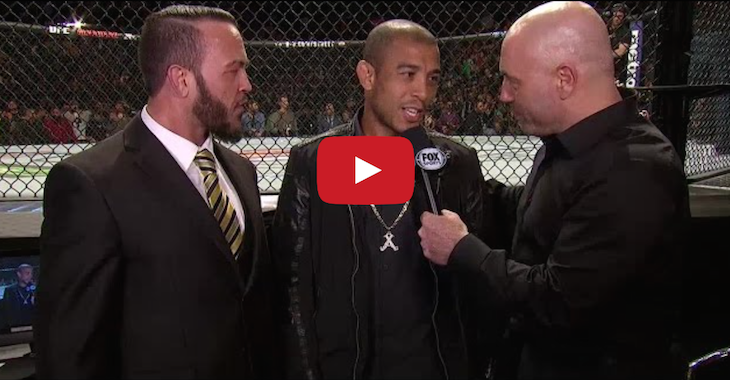 Following Conor McGregor’s win over Dennis Siver, he confronted Jose Aldo in the stands, where he screamed at the champ as security guards held him back.

McGregor then continued his verbal assault on Aldo in his post-fight Octagon speech, where Joe Rogan said Aldo would come into the Octagon for a staredown.

Aldo refused, saying he doesn’t enter the Octagon unless he’s fighting, instead opting to trash talk McGregor on camera outside of the cage.