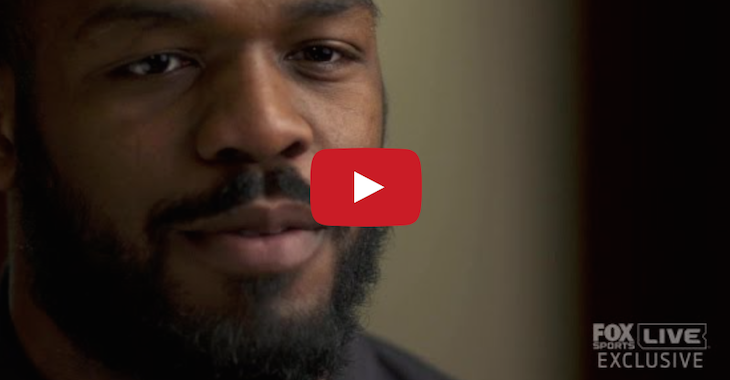 By now the MMA community knows that Jon Jones failed a random pre-fight drug test ahead of his UFC 182 clash against Daniel Cormier.

Tonight, Jones first interview since the news broke of his failed drug test was aired on Fox Sports Live.