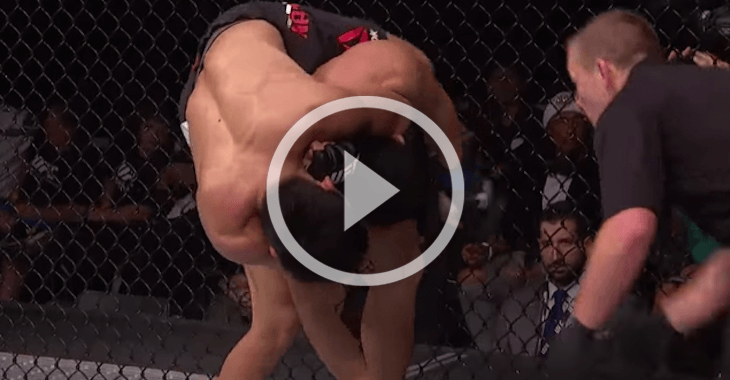 Keita Nakamura wrapped up the preliminary portion of “UFC Fight Night 75” with a beautiful submission! After taking the back of Li Jingliang in the final round of the fight, Nakamura applied a rear naked choke. Jingliang made it back to his feet only to get choked out standing, leading to him face planting in the octagon. Welterweight Nakamura picked up his first UFC victory with the submission after going 0-3 with the promotion in an earlier stint. Check out the highlights of his fight below!