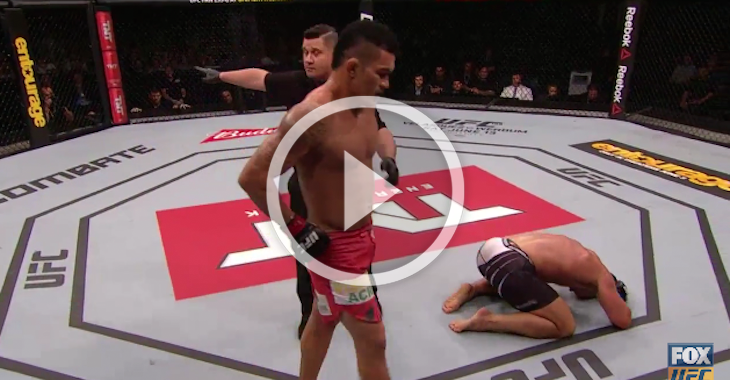 Ryan Jimmo stepped into the octagon last night with one goal in mind: Walk out of the cage with his hands raised. Instead, minutes into the fight he was crawling around the octagon hoping to not throw up in the cage! Francimar Barroso’s low kick missed the mark and blasted Jimmo square in the nuts and the fight almost had to be stopped.

Was this worse than the low-blow in the Overeem/Cro Cop fight?