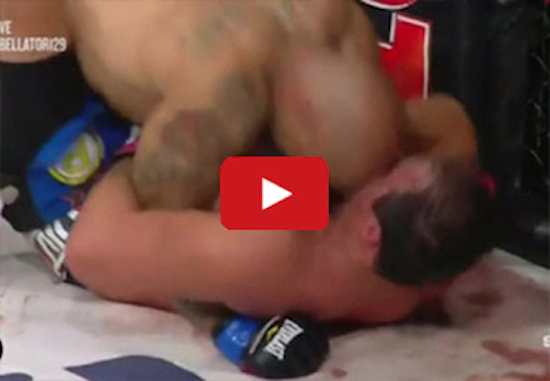 Last night’s Bellator 129 co-main event ended in a majority draw due to some poorly placed headbutts of Houston Alexander.

The UFC Veteran was warned in the first round, and repeated the offense later on to lose a point on the judges scorecards.

But Bellator 129 wasn’t all bad, did you see Pogo Girl?