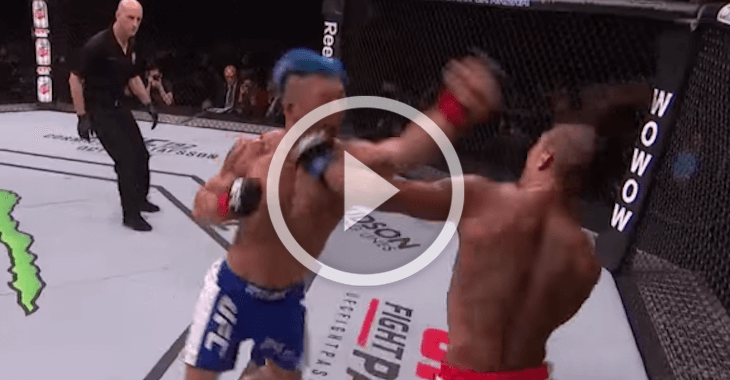 “Road to UFC: Japan” featherweight finalists Mizuto Hirota and Teruto Ishihara brought the fans in the Saitama Super Arena to their feet in the first main-card fight of the night. The two left it all in the octagon in their three round war only to find out there was no winner… and no loser. Both Hirota’s and Ishihara’s hands were raised as they fought to a rare split draw. UFC President Dana White was so impressed by their performances, however, he rewarded them BOTH contracts with the promotion.

Check out the highlights of the fight that earned both fighters their contract with the UFC!

Do you think it should have been a split draw? Who should have taken home the exclusive contract? Share your thoughts in the comment section below!