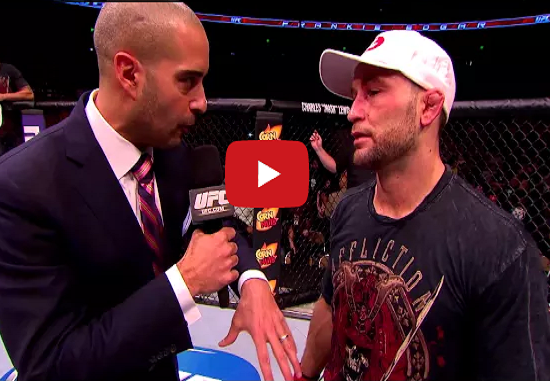 Last night in the main event of UFC Fight Night 57, Frankie Edgar scored a late 5th round submission win over Cub Swanson with just 4 seconds left in the bout. The submission not only earned Edgar ‘Performance of the Night’ honors, but earned him a place in the record books as the latest finish in UFC history.

Below is Edgar’s post-fight Octagon speech following the bout.