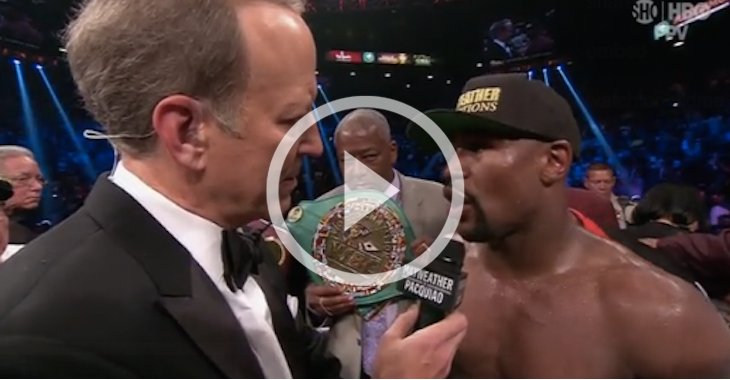 Before the decision was even read, Floyd Mayweather was on the ropes in the corner of the ring celebrating the fact that his undefeated record was still intact. As soon as Mayweather was announced the winner, his celebration had only begun as his team started to celebrate with him.

Manny Pacquiao questioned the decision after it was read, but it was obvious to any analyst who watched the fight that Mayweather’s counter-punching style had won him the decision.