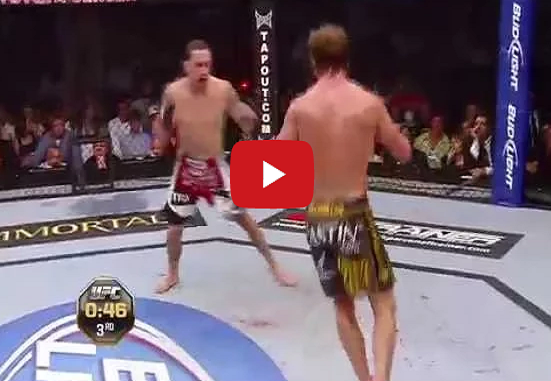 This Saturday, Frankie Edgar is set to face Cub Swanson in the main event of UFC Fight Night Austin.

To get fight fans hyped for the bout, take a look back at Edgar’s trilogy bout against Gray Maynard in 2011, where Edgar landed a highlight reel KO.