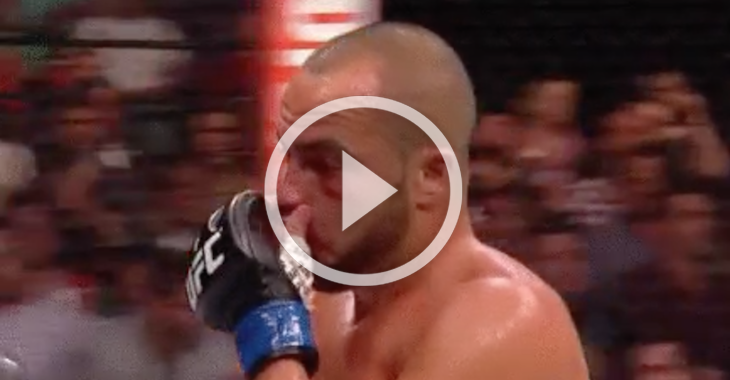 Eddie Alvarez’s eye blew up like a balloon when he blew his nose during his fight with Gilbert Melendez this past Saturday.

Between rounds Alvarez casually blew his nose and instantly his left eye turned into a scene from a horror film.

Check out the replay of the crazy scene below:

Alvarez said afterwards that he knew that you should never blow you’re nose in that situation, but wasn’t thinking.