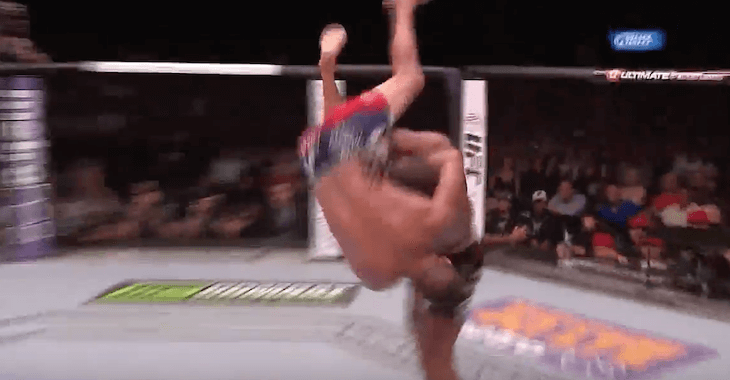 In his second fight at light heavyweight, Daniel Cormier took on the vet Dan Henderson. For three rounds Cormier dominated Henderson, taking him down, slamming him down and just out working him.

It was strange to see since it’s never really happened to Henderson before .