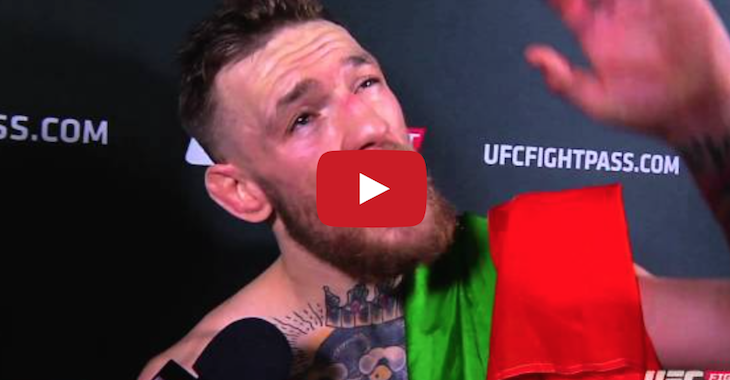 Following his win over Dennis Siver in the main event of “UFC Fight Night Boston”, Conor McGregor joined Megan Olivi backstage to discuss his win, why he chose to confront Jose Aldo in the audience following his win, and his thoughts on his upcoming bout against Aldo.