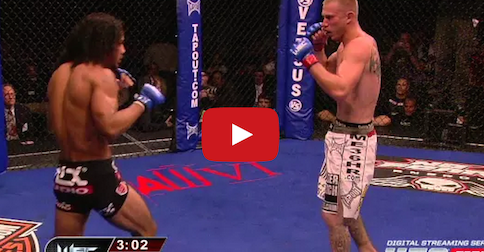 With their upcoming bout at Fight Night Boston looming, we take a look back at the first time Benson Henderson and Donald Cerrone faced each other at WEC 43 in what many consider to be the best fight in WEC history. FREE FIGHT COURTESY OF UFC FIGHT PASS: With the interim WEC lightweight title on the line, vaunted striker & submitter Donald “Cowboy” Cerrone with his 10-1, 1NC pro record collided in a Fight of the Year war with all-around athlete Benson “Smooth” Henderson who was on a seven fight win streak.