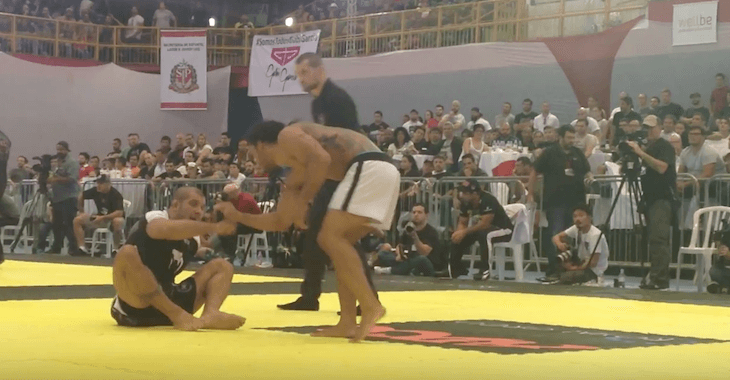 Former UFC lightweight champion, Benson Henderson, will be making the move up to welterweight, again, for his next fight against Thiago Avles at UFC Fight Night 79 on Nov. 28, in Seoul, South Korea.

He didn’t do well. In his first match in the 77kg’s division, Henderson lost to Abdukadirov Magomed, tapping to a rear naked choke.

He then decided to try and redeem himself by competing in the absolute division. He took on the much bigger Rodolfo Vieira and again was forced to tap, this time to a kimura.

You can watch that match below!

Do you think Henderson will bounce back and get the win over Alves?