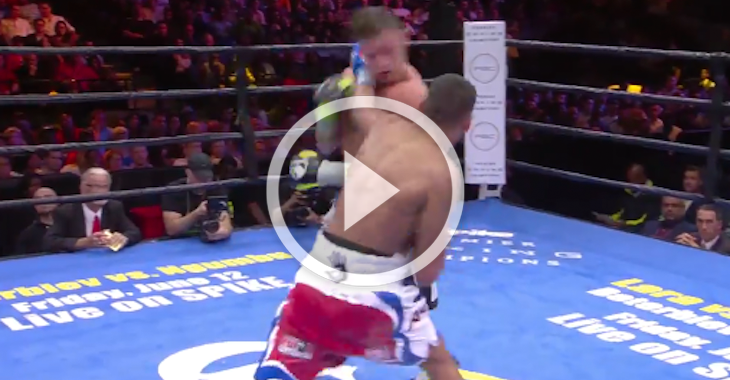 Amir Khan’s return to New York—where he made his U.S. debut five years ago—was a successful one as he defeated Chris Algieri at the Barclays Center on PBC on Spike. Undefeated Javier Fortuna scored a Unanimous Decision victory over Bryan Vasquez to win a 130-pound title in the co-main event. Check out all the highlights from Brooklyn.