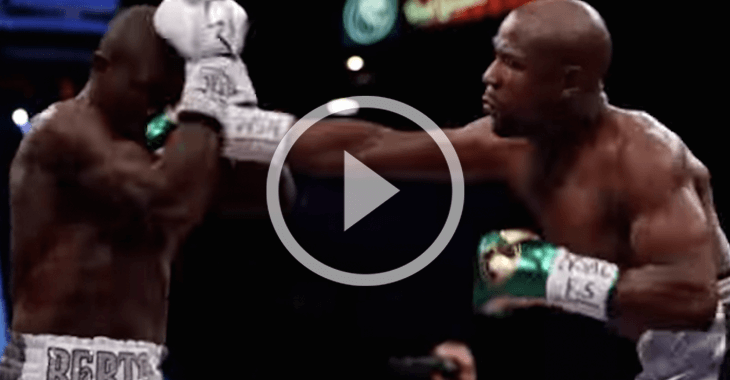 Floyd Mayweather was followed behind the scenes in the hours leading up to his retirement fight earlier this month. The undefeated king of boxing squared off with Andre Berto in the final fight of his career to cap off a perfect record with another perfect fight.

While casual and diehard fans may not be a fan of “Money’s” style, it’s undeniable he is a master at what he intends to do. Berto tried to bait him into fighting more of a brawl, but Mayweather maintained his composure and stayed calm enough to dance his way back to the corner. That’s not to say the champion didn’t land some stiff shots, though! Go behind the scenes with Showtime on “All Access: Mayweather vs. Berto” below!