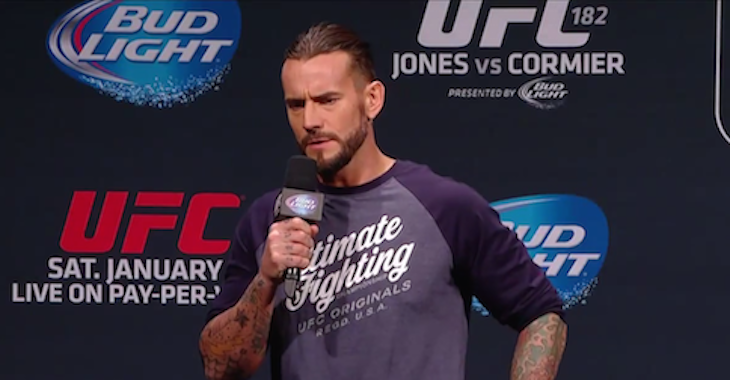 CM Punk is still training, trying to prepare for his eventual UFC debut. A debut that will be highly talked about and watched for many different reasons. The most obvious being that he’s a big name and has a big fan base. But also, the guy has absolutely no experiencing fighting. He has not competed in the amateur level and will make his very first attempt in the premier MMA league in the world. Needless to say there will be those hoping to see him fail miserably and those wanting to see him shut all the doubters up. Either way, people will tune in.

One of Punk’s friends and mentors from the WWE, Paul Heyman, thinks he’s aware of all this and is completely at one with the idea that he could walk into the octagon and get his head knocked off.

Here’s what he said on The Steve Austin Show:

“I don’t think money is the motivating factor in CM Punk’s life whatsoever. I think it’s the challenge to do this. This is something he’s been eyeballing since he was a kid and I think he looks back and he probably regrets not getting into it five or six years earlier, but this was the time to pull the trigger on it.”

“I think he firmly believes he is either going to step in that Octagon and shock everybody by beating somebody’s ass or he’s going to get punched in the face and knocked out or tapped out and beat up and I think that he’s very accepting of the fact that that’s a possibility. He’s man enough to walk in there and take his chances.”

Sink or swim, how do you see his debut going?