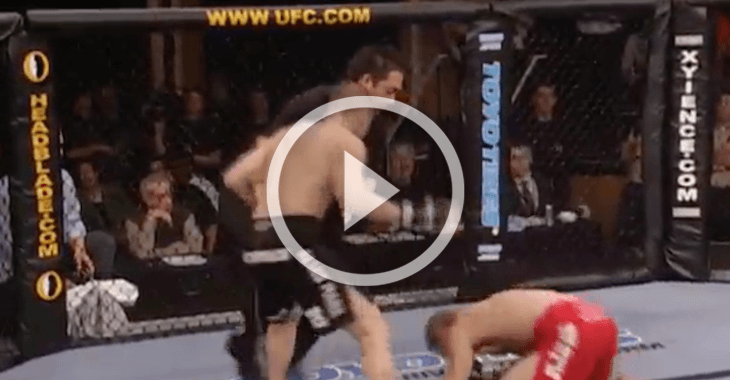 Back in 2006 we saw the fastest KO in UFC history and it’s still as fun to watch today as it was back then.

Duane “Bang” Ludwig took on Jonathan Goulet at UFC Fight Night 3 January 16, 2006 and forever put his name in the record books, until someone else gets a 5 second KO.

It’s really hard to even give a breakdown of the fight because of how fast it is. But here it goes: The fight started, they circled, Goulet came in, Ludwig caught him coming in and the fight was over. Goulet hit the mat hard and the referee stopped it.

Do you think anyone will ever break the record?