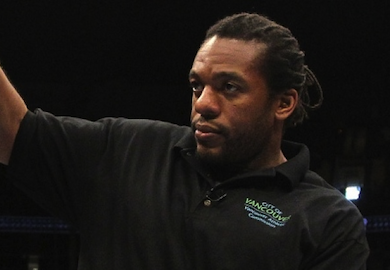 Herb Dean will once again oversee a UFC bantamweight title fight, as the Nevada State Athletic Commission (NSAC) voted unanimously on Tuesday to appoint Dean as the referee for the main event of UFC 173 which features champ Renan Barao taking on challenger T.J. Dillashaw.

Herb Dean infamously oversaw Renan Barao’s most recent title fight opposite Urijah Faber at February’s UFC 169 event in New Jersey. That fight ended with a controversial first-round TKO stoppage, as Dean failed to see Faber’s gesture of a thumbs-up, this after he had asked the Team Alpha Male leader to defend himself.