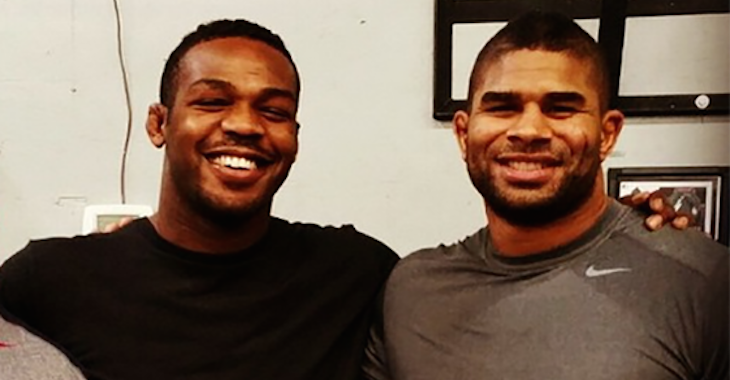 I think Jon Jones… He has done it over and over and over again. Indeed I have trained with both, and Jon Jones is more versatile. Anthony Johnson is very explosive, very athletic, but he’s not versatile. Besides his hands, he has nothing else. He has his hands, and he’s very fast and explosive. Besides that, he has nothing. Jon has the submissions, has the wrestling, takedowns, and he has the mind. He’s been proven, and he fights differently on each of his fights. He’s stopping his opponents in (their style) of fighting. His last victory against (Daniel) Cormier was amazing. He took Cormier down and dominated him.

Jon “Bones” Jones is preparing to defend his UFC Light Heavyweight Championship against the dangerous Anthony “Rumble” Johnson. While Jones prepares for his bout, Alistair Overeem sat down with BloodyElbow and shared his thoughts on who would win the fight.

Even though it is well documented that Jones and Overeem are training partners, “The Reem” justifies his pick for “Bones” by saying that he is a proven champion. That’s one of the champion’s advantages: You don’t have to prove yourself as champion after you’ve defended it once.