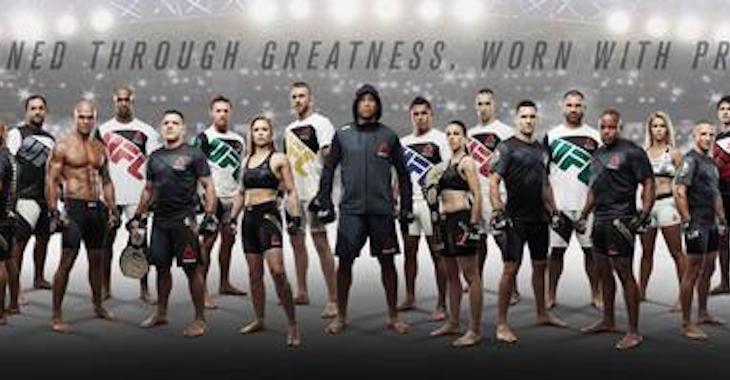 When the Ultimate Fighting Championship struck an exclusive sponsorship deal with Reebok, fight fans and fighters alike were reluctant to celebrate. The deal seriously impacted the income of several fighters, but now the premier promotion is getting criticism for how their attire looks!

“I couldn’t imagine myself just all Reebok’d out,” Newton told MMA Fighting. “I haven’t worn Reebok since the old-school hardcore days back in like high school. Reebok is not my thing. And like I said, just looking around, everybody is dressed in the same thing, I feel like I’m part of a cult or something.”

Newton is preparing for his bout with Bellator’s newest light heavyweight Phil Davis in the first round of a four-man one-night tournament. “King Mo” and Linton Vassell square off in the opposite side of the bracket and the winner of the tournament will likely earn themselves a shot at the Bellator Light Heavyweight Championship. The tournament takes place on September 19 at Bellator’s and GLORY’s “DYNAMITE” super card.

Who do you think will walk out on top? Share your thoughts in the comment section below!