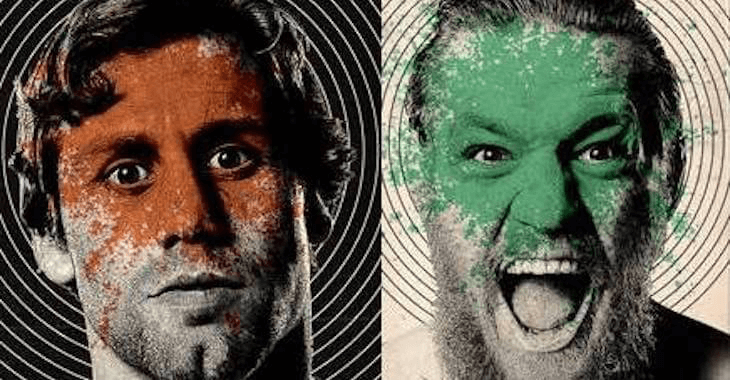 The show picked up exactly where last week’s left off with Team America and Team Europe’s teams finalized in the Ultimate Fighter Gym. Coach Conor McGregor rallied his team together in the locker room for an extremely unique speech that one wouldn’t expect to hear from a “positive” coach. McGregor presented the harsh reality that the fighters in the locker room aren’t friends, nor are they truly teammates; “We are all on our OWN journey,” McGregor told them. “Come in here and handle your OWN business.”

“The Notorious” went on to explain that his purpose of the show is to build champions, not journey men. It was an interesting first speech to his team, but it ironically seemed to bring them together, helping them realize they can aid each other while reaching for their own ultimate goal: A UFC contract.

It didn’t take long for the nations to take pride in their fighting styles. Back at the house, Team Europe trashed the Amercians’ fighting style saying that they don’t want to win and “can’t punch”.

Before any training sessions took place, Tom Gallicchio of Perth Amboy, New Jersey mentioned to his teammate that he thought the Europeans fought harder to earn their spots in the house.

After each team’s first training sessions, UFC President Dana White surprised team America and Europe when he informed them he would be adding another member from each team! Artem Lobov of Dublin, Ireland and Johnny Nunez of Las Vegas, Nevada both lost their fights to get into the house in the first episode, but they were given a second chance by the boss and will be looking to redeem themselves.

Fight Announcement: Both teams were summoned to the gym and Urijah Faber informed Ryan Hall would be squaring off with Team Europe’s Frantz Slioa in the first fight of the season. Faber explained he chose Slioa because he believes he is one of McGregor’s strongest fighters and wants to gain momentum by knocking him off early.

Hall’s Training Sessions: Hall pal’d up with a rival European fighter and shared that his eyes twitch due to Tourette’s Syndrome. He went on to explain that he never wanted to limit himself by mimicking another fighter’s style because he would only become a “slightly worse version” of what they are. Hall thinks outside the box and it shows; He is a jiu-jitsu world champion and is one of the most legitimate competitors on The Ultimate Fighter, becoming most famous for naming the “50/50” position in the BJJ world.

Slioa’s Training Sessions: It’s no secret what Hall’s gameplan will be when he walks into the cage to fight Frantz Slioa: Get him into the 50/50 and apply a leg lock. Frantz Slioa’s training sessions leading up to his fight concentrated on whipping body kicks and avoiding the dreaded 50/50 position.

Weigh Ins: The first fight of the season was made official when Ryan Hall and Frantz Slioa both made weight. The staredown was intense and Team America narrated over the video, stating they were confident there was no way Slioa could prepare himself for the twelve years of grappling experience Hall brought to the table.

Round 1: Slioa opens up with leg kicks, trying to keep a safe distance between him and Hall. Hall didn’t shoot for the takedown right off the the bat and cracked kept Slioa by chaning levels with his striking game. When Slioa was distracted with the punches and kicks, Hall took the fight to the ground. Hall attempted several leg locks in the opening minute, but Slioa did a decent job rolling out of them. Hall showed patience, though, as he finally locked on one final leg lock that caused Slioa to submit.

Ryan Hall def. Frantz Slioa by way of Submission (Leg Lock) in Round 1

McGregor consoled Slioa of his loss in the locker room by reminding him he was caught in a submission by a leg-hold specialist. The team reminded Slioa there was nothing to be ashamed of.