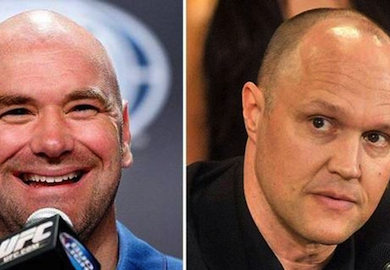 “I used to watch the UFC years ago, and I used to buy pay-per-views when they were significant and every pay-per-view had big fights on it, but that’s not the case anymore. They do one every three weeks, and some of them, I’m like, ‘I wouldn’t watch that if it was on (FOX Sports 1).’”

“My feeling is you should do pay-per-views when you can do huge depth on the pre-show on Spike and huge depth open the pay-per-view, and we did that tonight. And when we have the opportunity to do it again, whether it’s sometime later this fall to next year – whenever it is – we’ll do it again.”

The gloves are off now that Bellator popped their PPV cherry!

Bellator frontman, Bjorn Rebney told MMAJunkie.com that the UFC puts up shows on pay-per-view that don’t belong. Would you agree?